Valpak of Rochester is excited to announce that a team effort to benefit 13 Thirty Cancer Connect has paid off! In the form of $2,500 raised for this charity! During the month of October, Valpak of Rochester entered the October Challenge for Valpak franchises to raise money for 501(c)3 non-profit organizations and to get involved in a community effort. The Rochester team won second place as part of the larger Valpak Saves effort.

What started with a call from a Valpak local client asking for a small favor has turned into an eight year commitment supporting the love, support and dedication that 13 Thirty Cancer Connect provides for teens not only in the Rochester area but throughout the entire country.

13 Thirty Cancer Connect is an organization founded in honor of local Rochester, NY teenager Melissa Sengbusch, who bravely battled a rare type of bone marrow cancer for two years before it claimed her life. She was an incredible young woman with a great spirit who was able to enter college and obtain a 4.0 GPA while undergoing chemotherapy treatments. While her body may have been hindered by this illness, her spirit was not. She pursued her dreams with passion to her final days.

While Melissa was in treatment, her family noticed a lack of niche support for teenagers battling cancer. Though there are numerous programs for kids and older adults with cancer, teens were lost somewhere in between. Melissa asked her mother to use what she had learned during their struggle against cancer to make a difference for young people.  So, Melissa’s mom founded Teens Living with Cancer, focusing solely on teenagers. The program evolved into Melissa’s Living Legacy, and is now rebranded as 13 Thirty Cancer Connect, providing support for teens and young adults living with cancer. Too often young people feel isolated by their disease, and this program provides a support network to connect with others who are also battling cancer.

Valpak of Rochester, in addition to supporting fundraising efforts and community events like the Million Dollar Hole-in-One competition & yearly Color Run, has helped establish the organization’s social media presence on Twitter and Facebook to help teens connect not just in our community but across the country. Lauren Spiker, Melissa's mom has traveled the country to assist hospitals in establishing teen support centers within the local communities, making sure that no teen need deal with the fight of their life alone.

Valpak of Rochester proudly supported this year’s Bandana Bolt 5k, which was held in honor of Melissa to benefit 13 Thirty Cancer Connect and we encourage everyone to join us in congratulating the organization on their continued success. 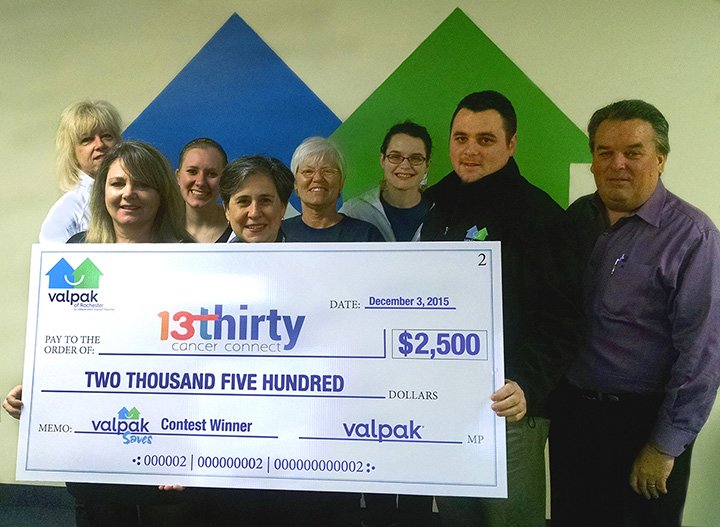